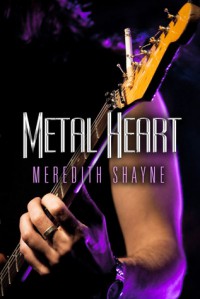 Sixteen years ago Scott King was a member of the up-and-coming band “King Phoenix”. At the same time Scott and the lead singer, Ash Walker, were secretly lovers. They swore that nothing would ever come between them and that they would be successful and famous. But new friends, the lure of drugs and fights between the band members made it more and more difficult for them to live their dream.

Now, Scott is older and wiser and he successfully avoided everything relating his past. Until Ash calls again and suddenly it’s not so easy at all to ignore these feelings…

I really liked that we could read about Scott’s past and the present. It made it so much easier to understand why everything happened. Seeing Scott as a young man and an adult was kind of fun. :) Besides Scott and Ash I also really liked Scott’s sister and Alex (no evil women in this book!). The ending was more a HFN and maybe a little bit surprising (because it was so sudden).
Other than that I totally enjoyed this book!